If you are making your way to New York City, one of the must do activities is checking out the Statue of Liberty located in the waters off of downtown Manhattan. While you can certainly spend a few hours actually visiting the Statue of Liberty by boat, you can also just take in the views from a far. This guide will go over how to enjoy a Statue of Liberty view from Battery Park and what to expect around the area.

Here are a few fast facts of the Statue of Liberty to give you an idea of what the history and background of the statue is all about.

» In the mid 1800’s, a French historian named Edouard de Laboulaye came up with the idea to gift a statue to the United States to celebrate its democracy.

» Frederic Auguste Bartholdi was the creator and designer of the Statue of Liberty. He had some help from the designer of the Eiffel Tower – Alexandre Gustave Eiffel, as it went through the design and building stages.

» The statue was completed in 1885, and was packed up into 200 crates that would make their way by sea to New York. It then took several months for workers to assemble the statue to its final product.

» During a visit to New York, you can take a ferry ride from downtown Manhattan or from nearby New Jersey to visit the small Statue of Liberty island.

You can visit the museum, walk the grounds, and even head inside and up to the crown of the statue itself. These ferry rides also include the option to hop off at nearby Ellis Island as well. Here is where millions of immigrants made their way through to become citizens of the United States.

There are many places around the area to get views of the statue – Liberty State Park in New Jersey, walking over the Manhattan Bridge or Brooklyn Bridge, One World Trade Center or Governors Island just to name a few. While you can’t go wrong with any of the above, one of my favorite views of the Statue of Liberty is at the southern tip of Manhattan in Battery Park. 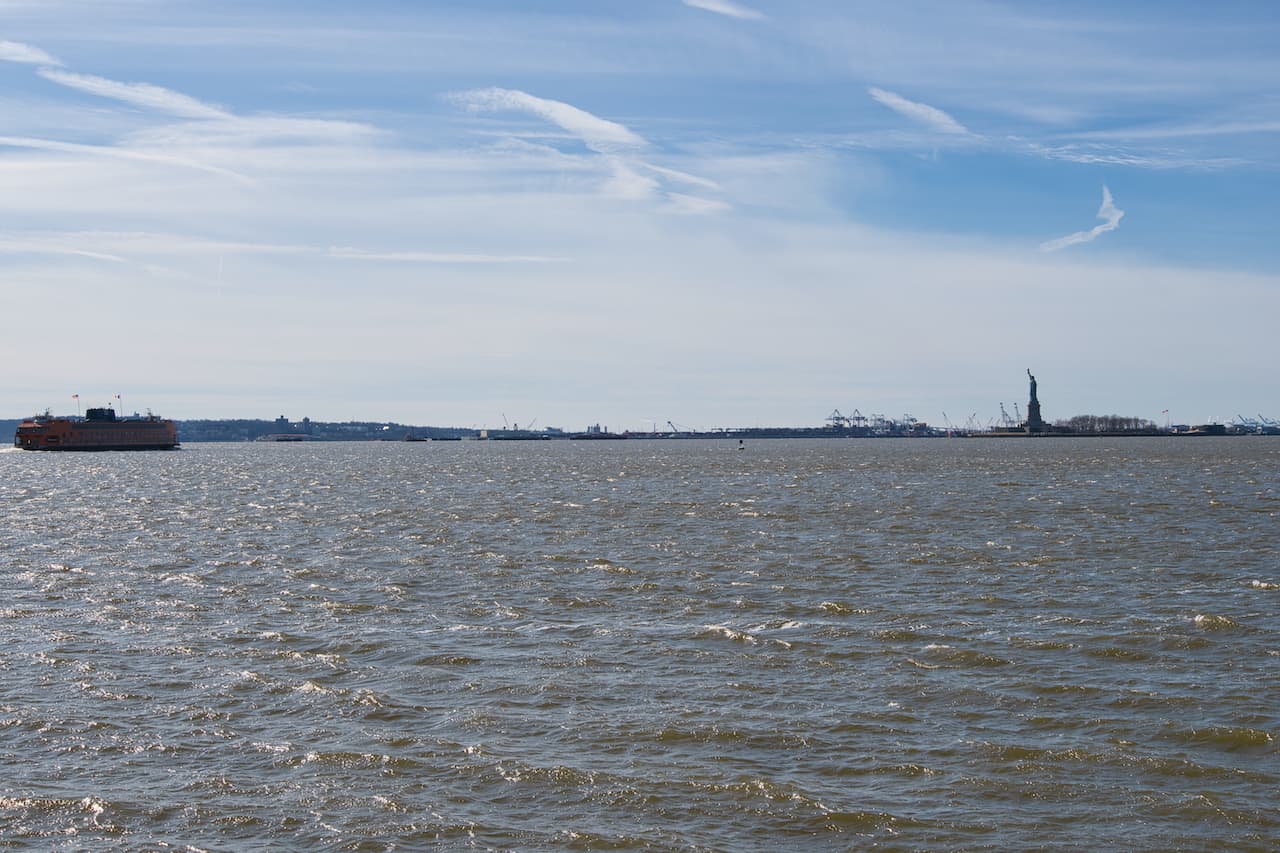 You may see various websites, third party sellers, and street vendors trying to sell you tickets to visit the Statue of Liberty.

It is important to note that there is only one official ferry operator that goes to the Statue of Liberty called Statue City Cruises. All other sellers of tickets essentially just buy these tickets and put a mark up on them.

For an additional cost you can also purchase a ticket that goes up to the Statue of Liberty pedestal or to the pedestal & crown.

3) How to Get to Battery Park

In order to get to the Statue of Liberty viewpoint area, you first need to get to Battery Park itself. Battery Park, also known as just The Battery, is located all the way on the southern tip of Manhattan. The great thing about the Battery Park area is that nearly all subway lines stop in or near Battery Park.

Here are some of the closest subway station stops to Battery Park, but you can certainly find ones just a bit further way as well.

Taking the subway is usually the quickest and cheapest option depending on where you are coming from. A single ride ticket costs $2.75. If you don’t opt for the subway, your next best bets would be taxi, Uber, walk, or Citi Bike. 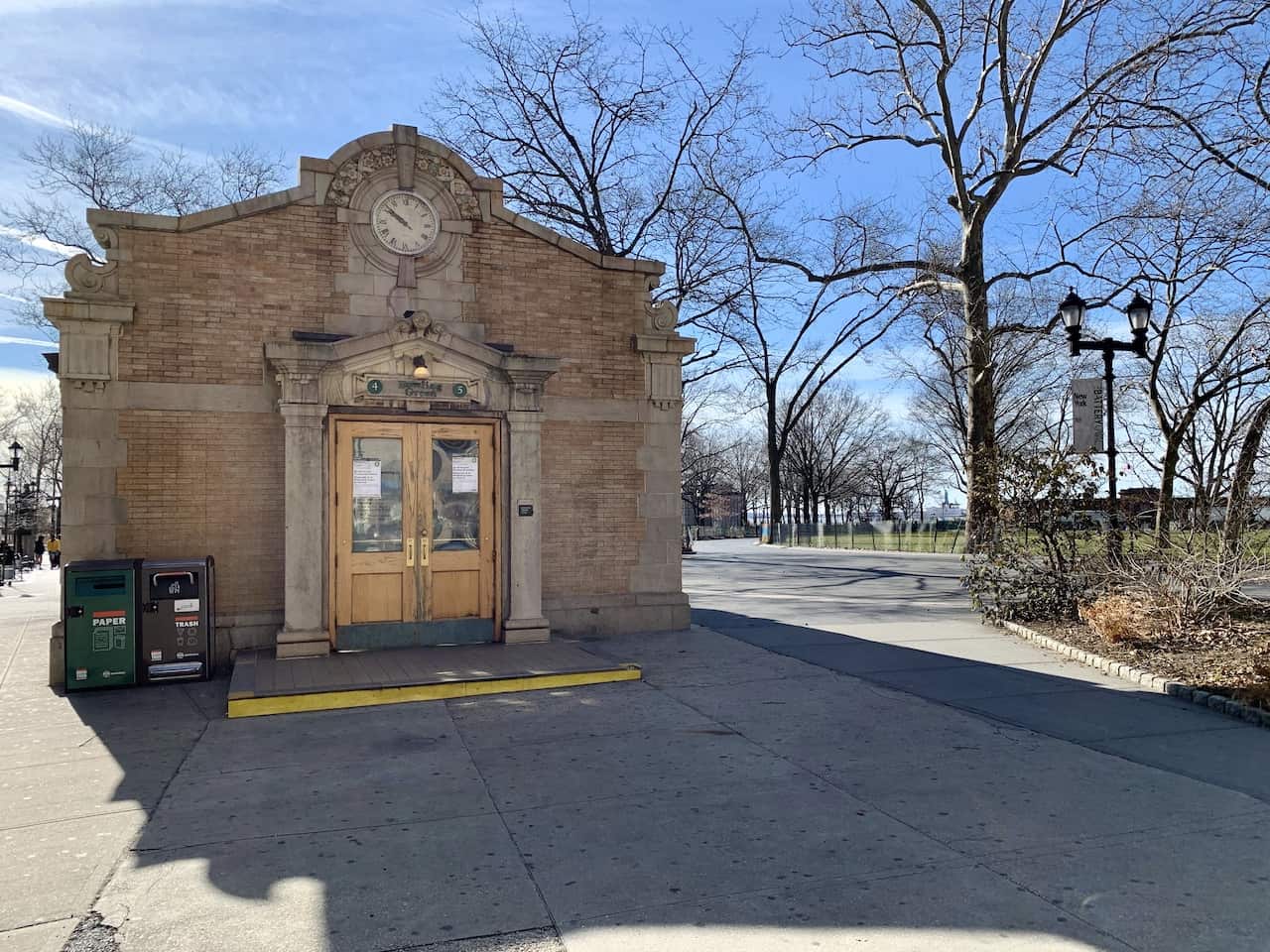 4) Where to Stay in Manhattan

Tribeca: If you are trying to stay in downtown Manhattan, then I would recommend looking into the Tribeca area. Staying here and you will be just a stone’s throw away from the World Trade Center area, 9/11 Memorial Pools & Museum, and Battery Park. Recommended Tribeca Hotels:

Once you make it to downtown Manhattan, it is then just a nice quick walk down to Battery Park itself. The area of Battery Park essentially makes up the entire southern tip of Manhattan.

Here you not only can you get great viewpoints of the Statue of Liberty all along the waterfront, but there are also some other features of the park to visit.

Below is a screenshot of Battery Park to give you an idea of the park’s layout. You can see in the bottom right corner of the screenshot that there is a point marked “Statue of Liberty Viewpoint”.

Now while you can certainly enjoy a view of the statue from this spot, you can really call the entire waterfront area the “Statue of Liberty viewpoint”. Do not think you need to go to this particular spot to get the view.

What I would recommend to do is to walk the waterfront path from one side to the next as you enjoy the view of the Statue of Liberty from various angles and pass by some additional highlights along the way.

You can also find plenty of benches lining the waterfront path if you would like to sit back and enjoy the view. 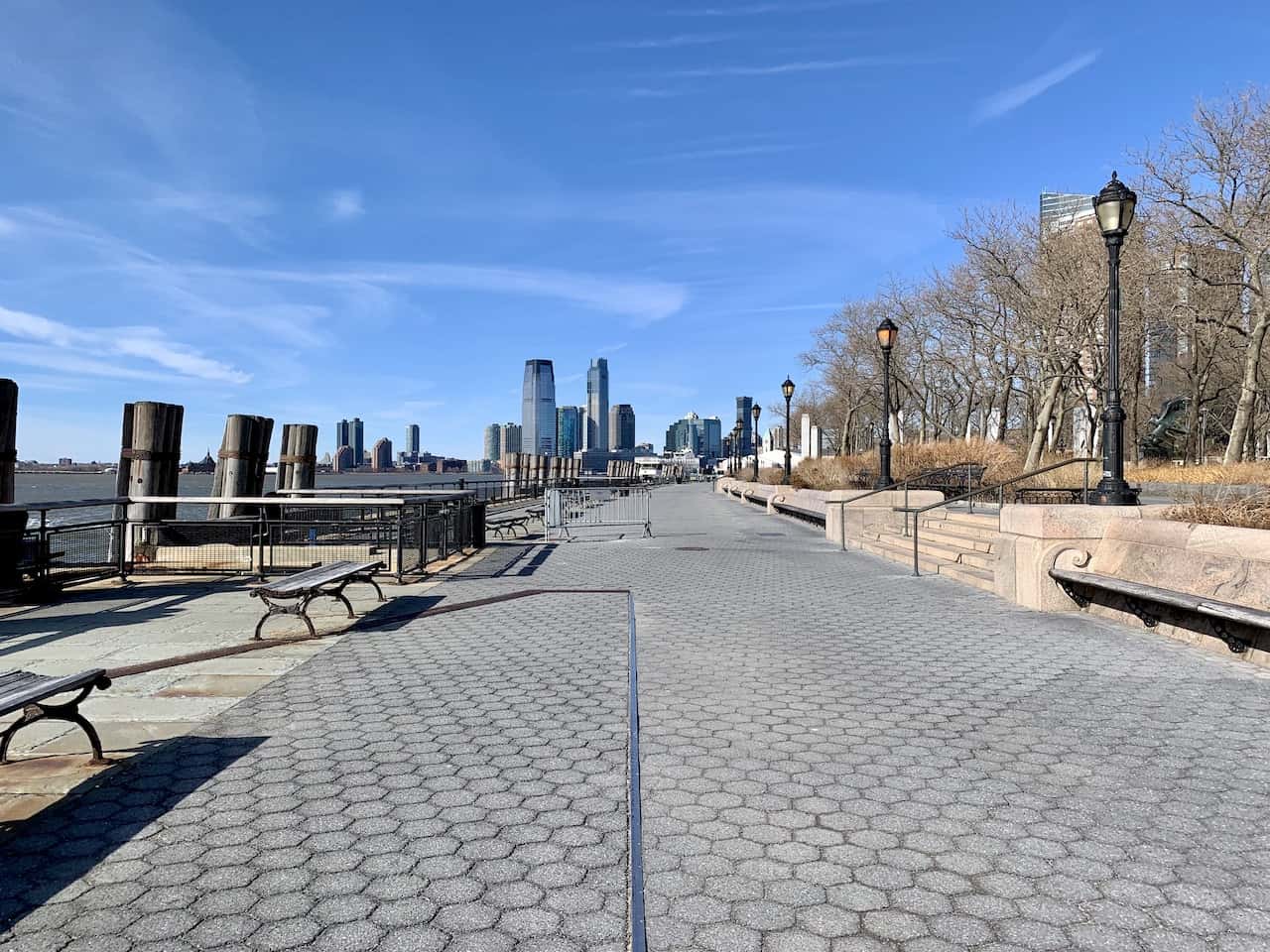 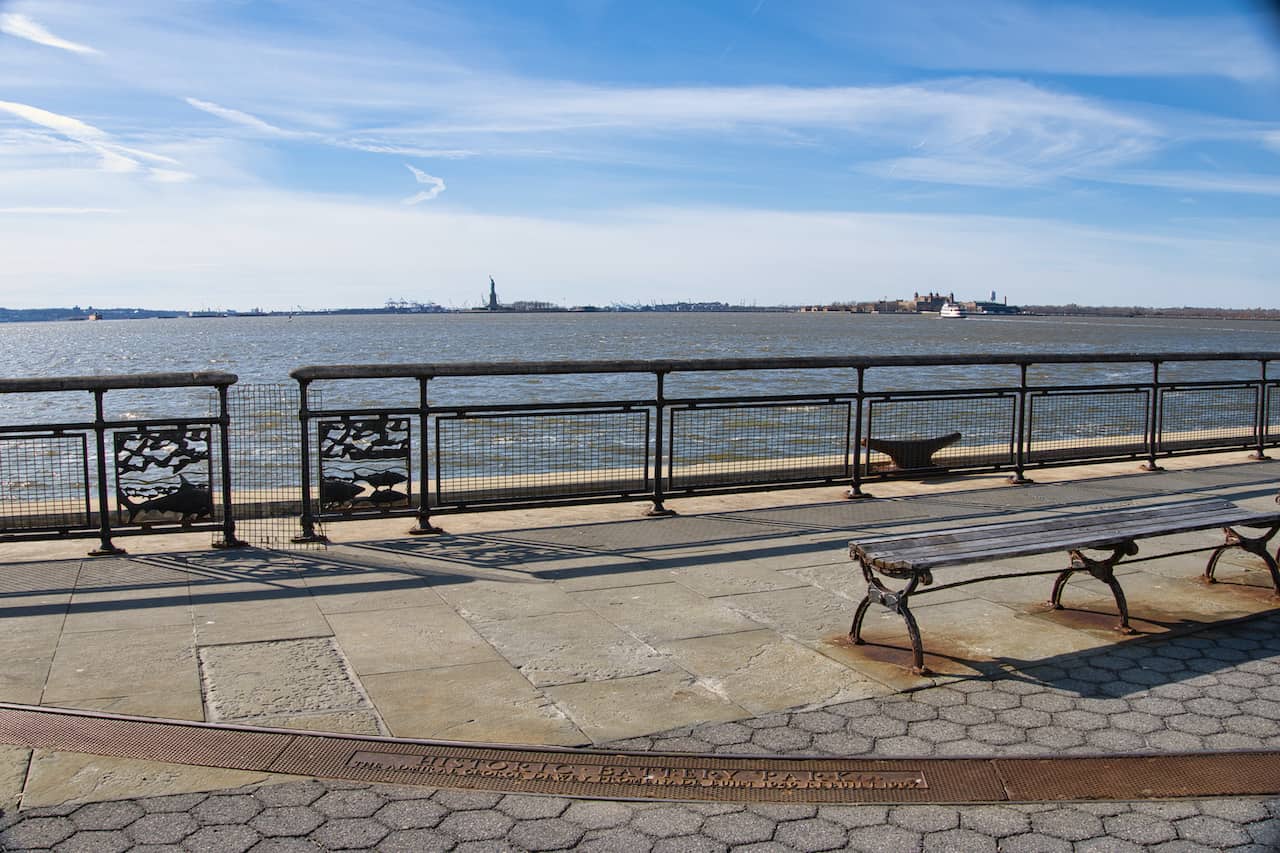 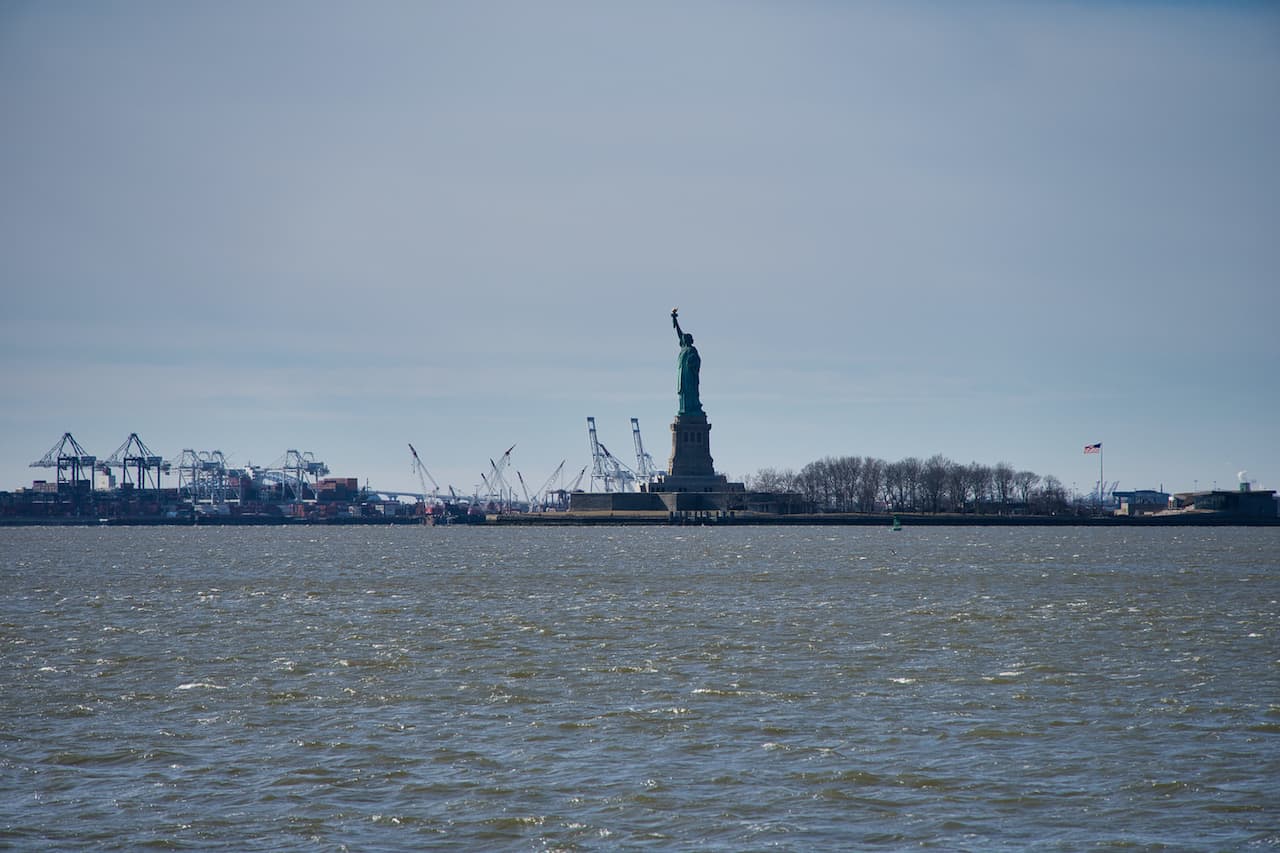 As you continue along the waterfront path, you are sure to pass by a couple landmarks of Battery Park. There is the East Coast Memorial, which is a WWII memorial for Atlantic casualties as well as the Castle Clinton National Monument – a historic fort that also houses the official Statue City Cruises ticket office.

Throughout the remainder of the park, you will find several other memorials and statues such as the American Merchant Mariners Memorial, the Korean War Memorial, the Immigrants 1973 statue among a few others. 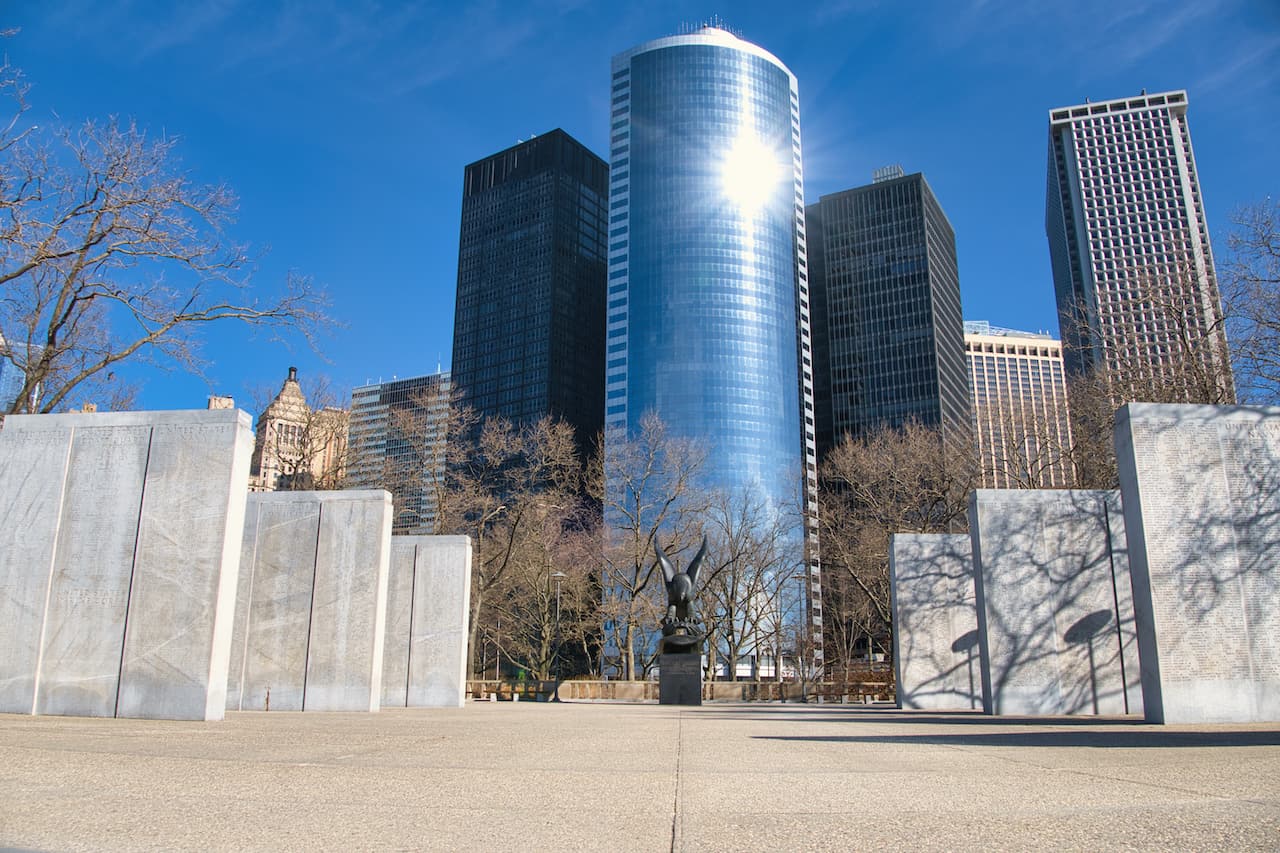 After walking the waterfront pathway in one direction or the other, I would also highly recommend having a meal or drinks at one of the two restaurants in the park. You can decide between The View at Battery Park or Pier A Boat House.

Depending on where you sit at these places, you can certainly take in a great Statue of Liberty viewpoint as you enjoy your meal overlooking the water. 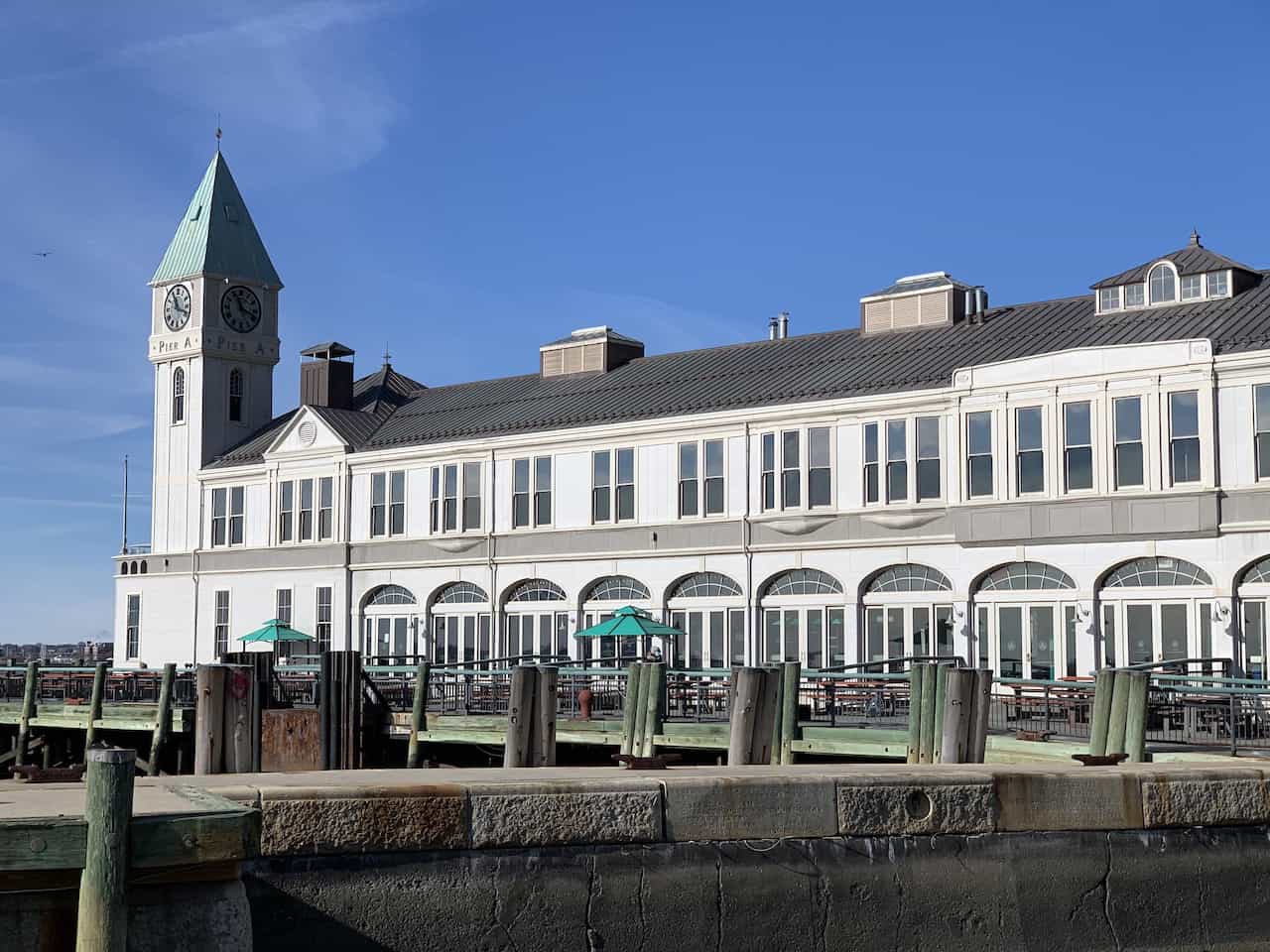 Here is just a collection of some photos I took while walking the waterfront of Battery Park as well as from other spots within the park itself. You can see that the Statue of Liberty can be viewed from many different areas at various angles.

No matter where you are in The Battery, you should be able to take in a Statue of Liberty view. 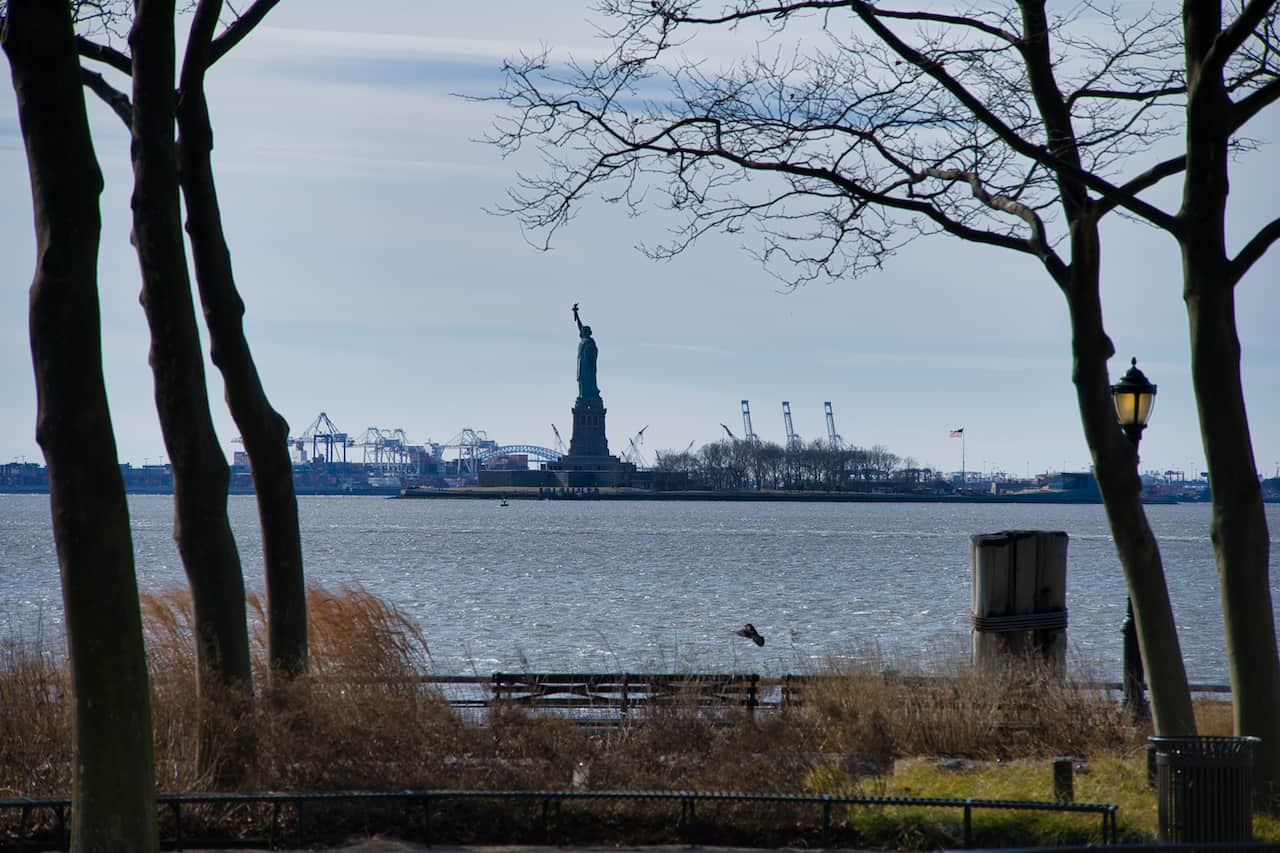 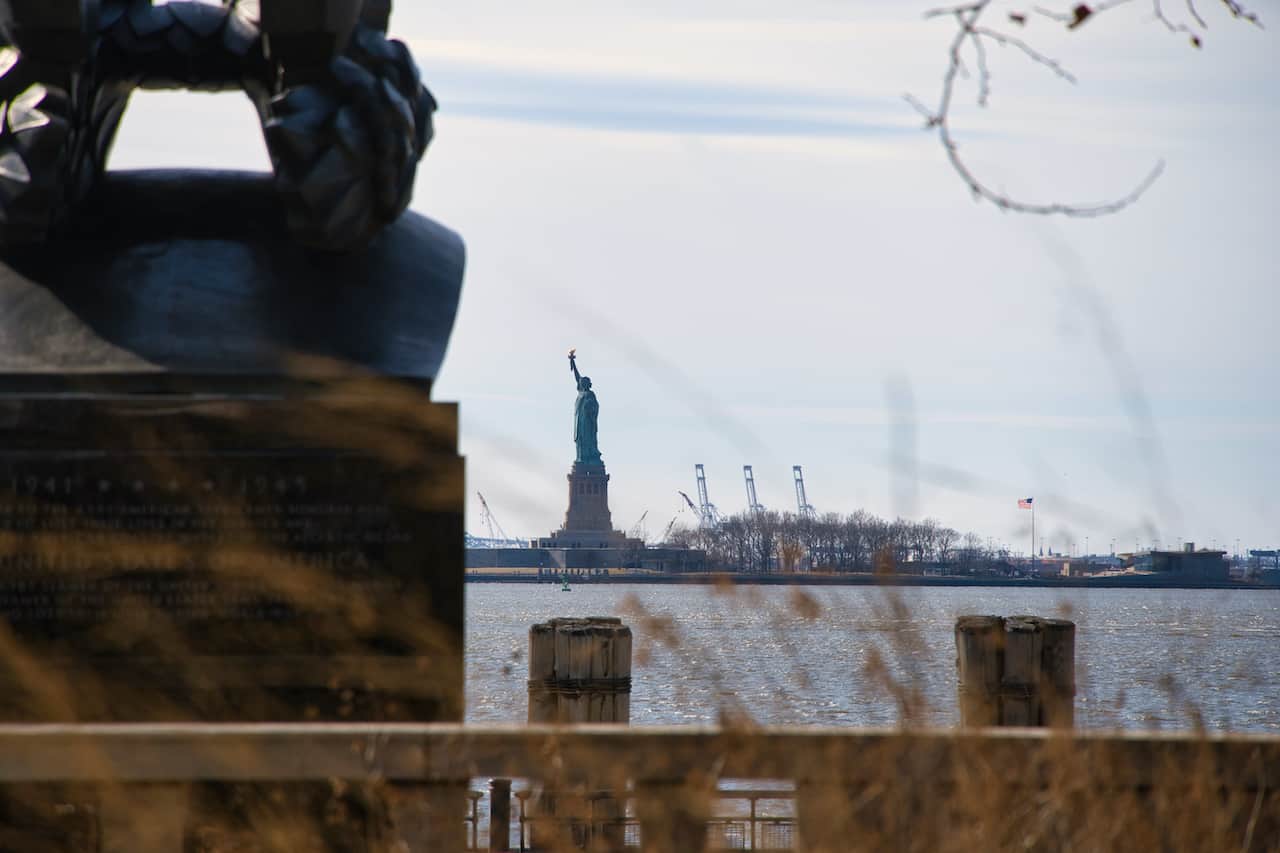 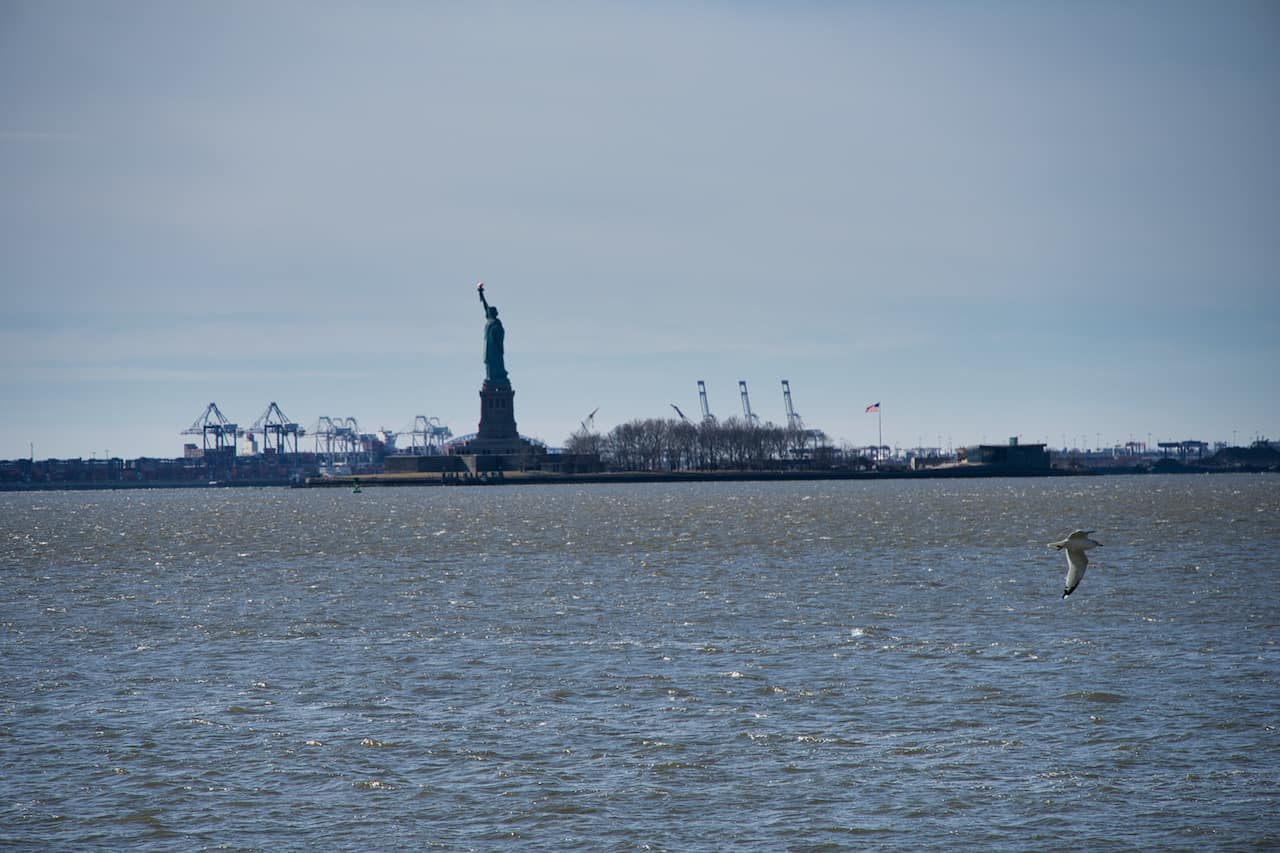 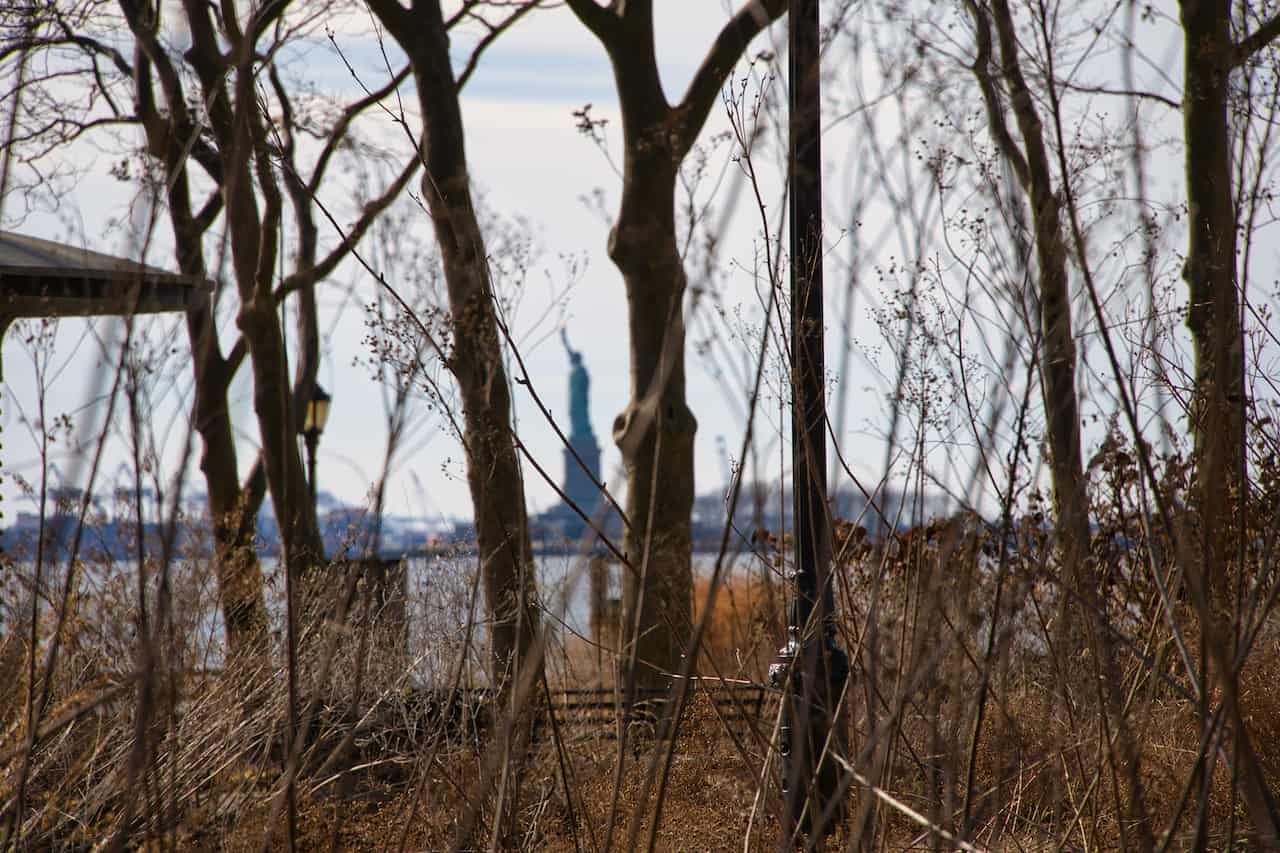 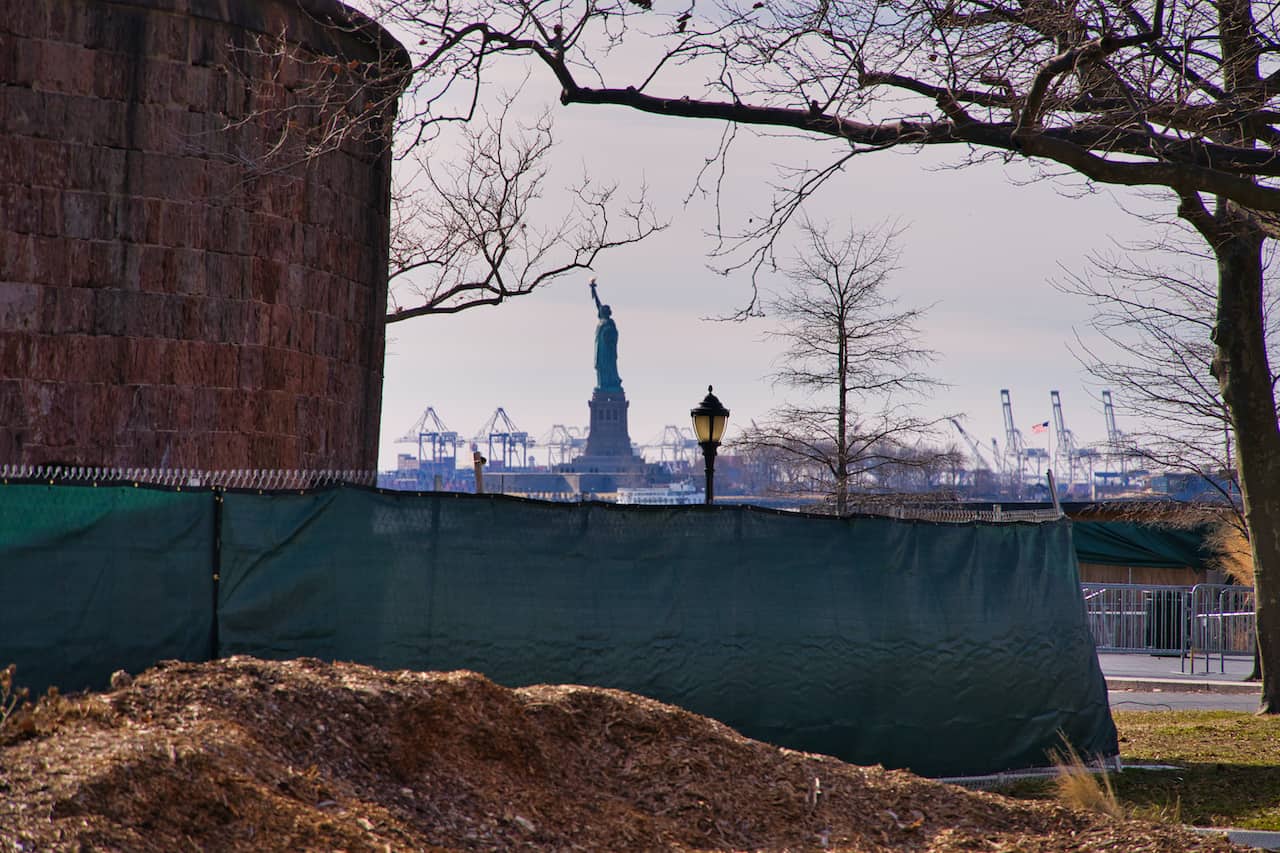 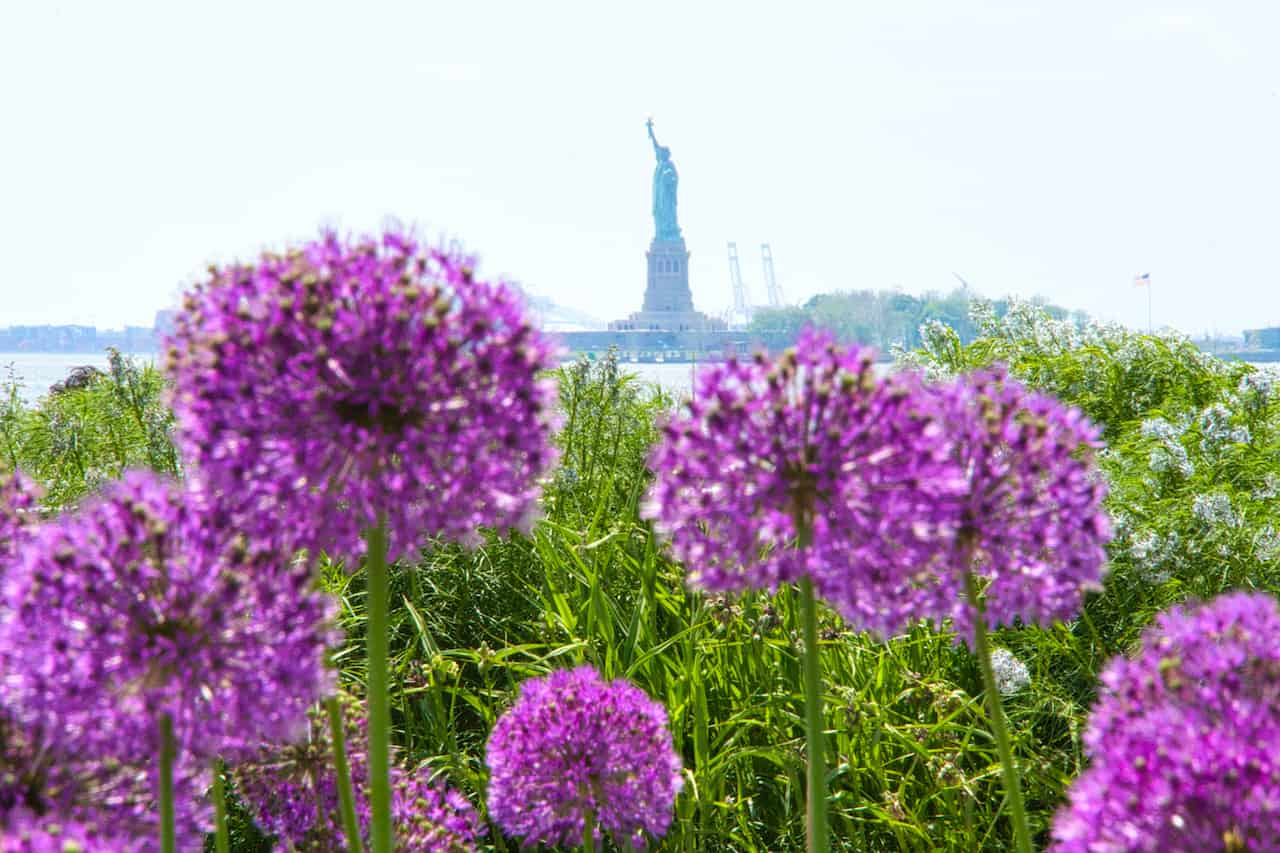 7) Statue of Liberty at Sunset

Another pretty unique opportunity happens in the Fall / Winter when the view from Battery Park lines up with the sun setting behind the Statue itself. Check out some photos below and read this guide to learn more about seeing a Statue of Liberty sunset. 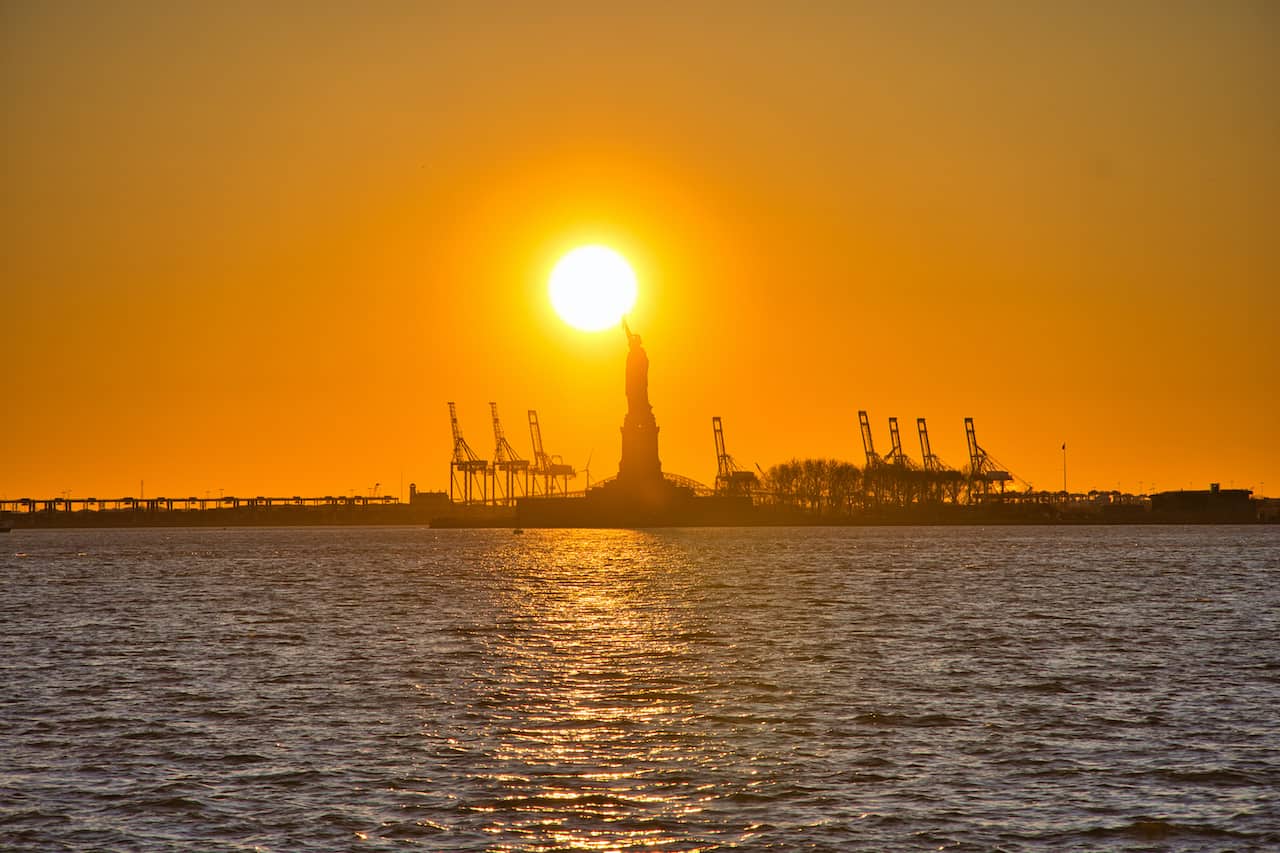 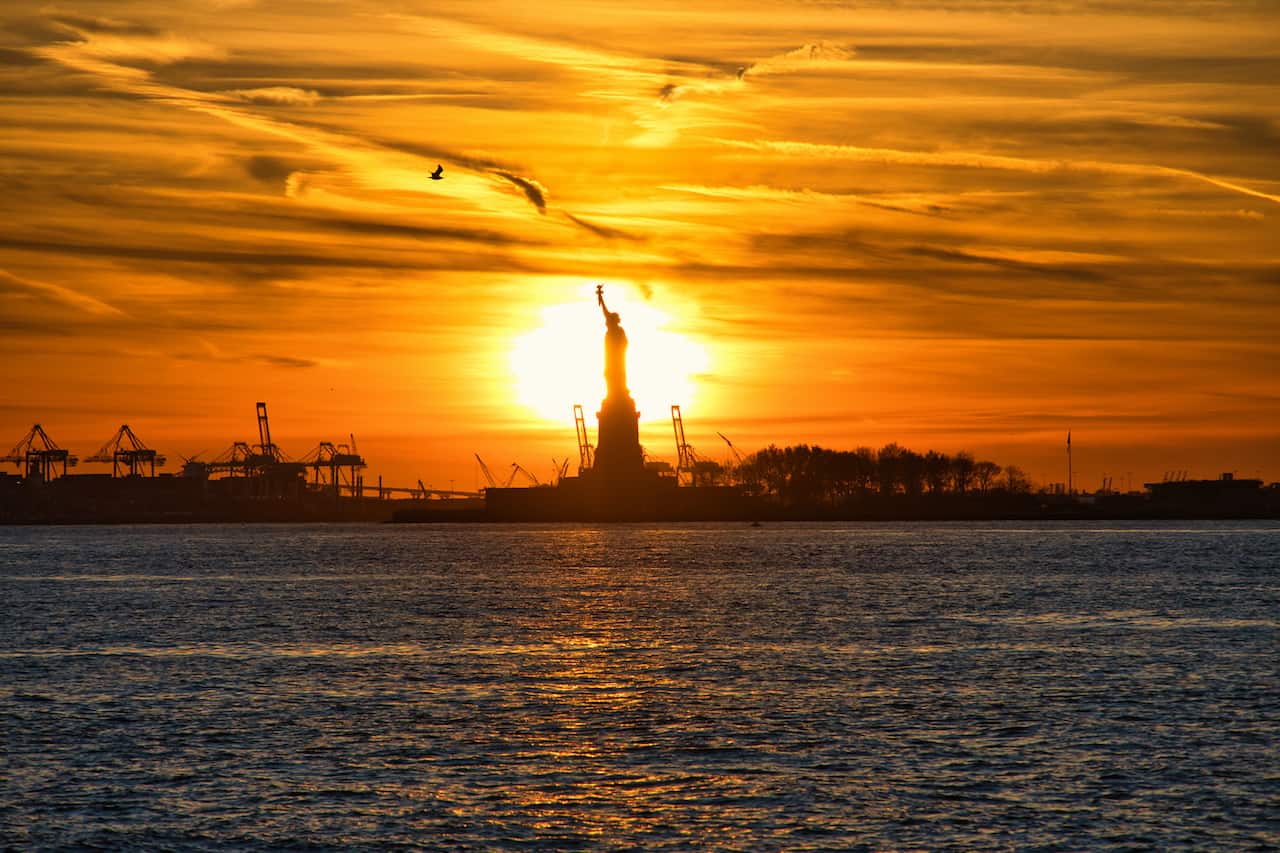 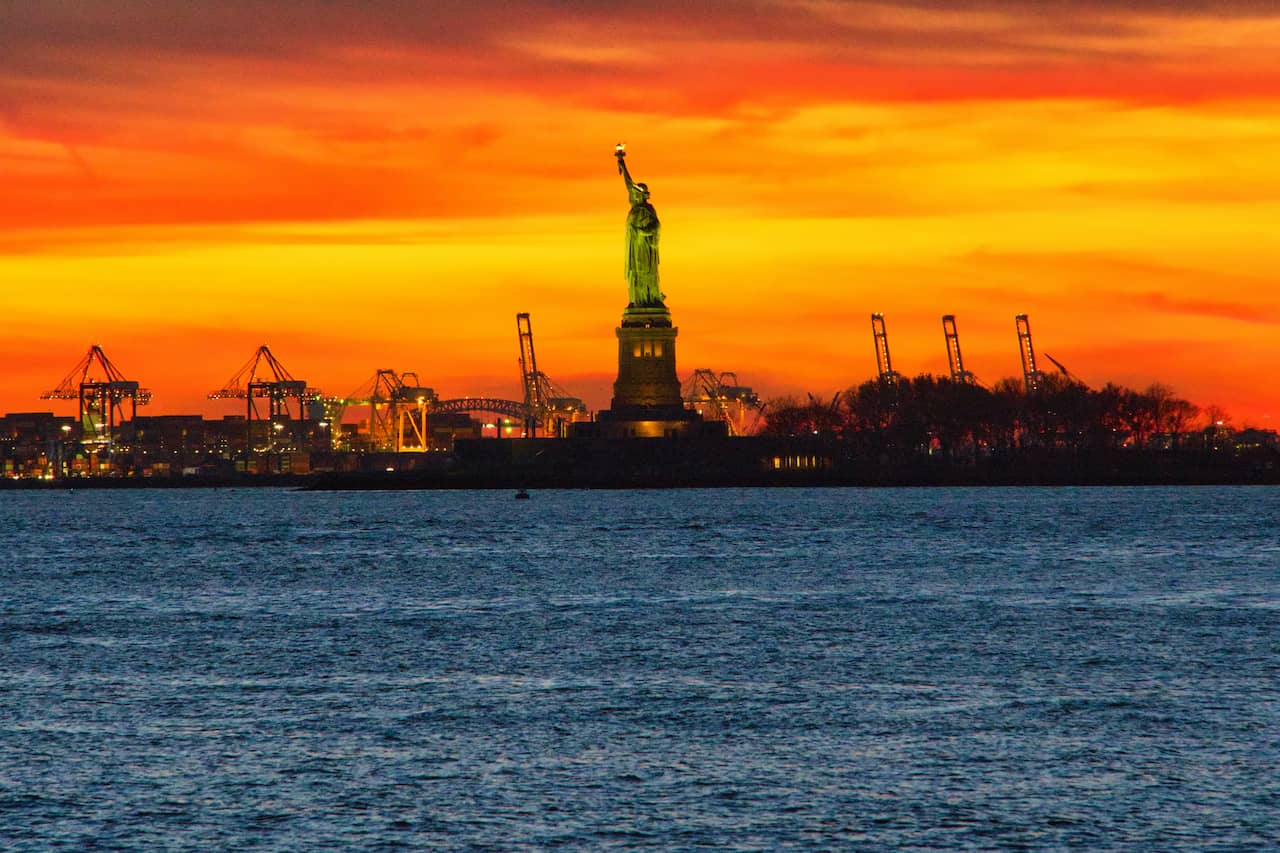 8) What To Do Near The Battery

The area near Battery Park is full of things to do, and you can easily spend a full day just in this downtown Manhattan area. Some of the must do highlights include:

One World Trade Center – at 1,776 feet tall, One World Trade is the tallest building in the Western Hemisphere. Head up to the top to get some fantastic panoramic views of Manhattan and the surrounding boroughs (and the Statue of Liberty!).

The Oculus – here you will find the downtown transportation hub of Manhattan as well as an indoor mall with plenty of shops and restaurants to enjoy.

Brookfield Place – the Oculus is connected underground to Brookfield Place, another place filled with shops and restaurants. Head outside for some Hudson River views and feel free to walk the promenade.

The Brooklyn Bridge – finally, you can also walk from the Battery Park area towards the Brooklyn Bridge. You can make your way across it and onto Brooklyn if you have the time. I would advise also walking it in the opposite direction towards Manhattan as that is how you will get the best views! 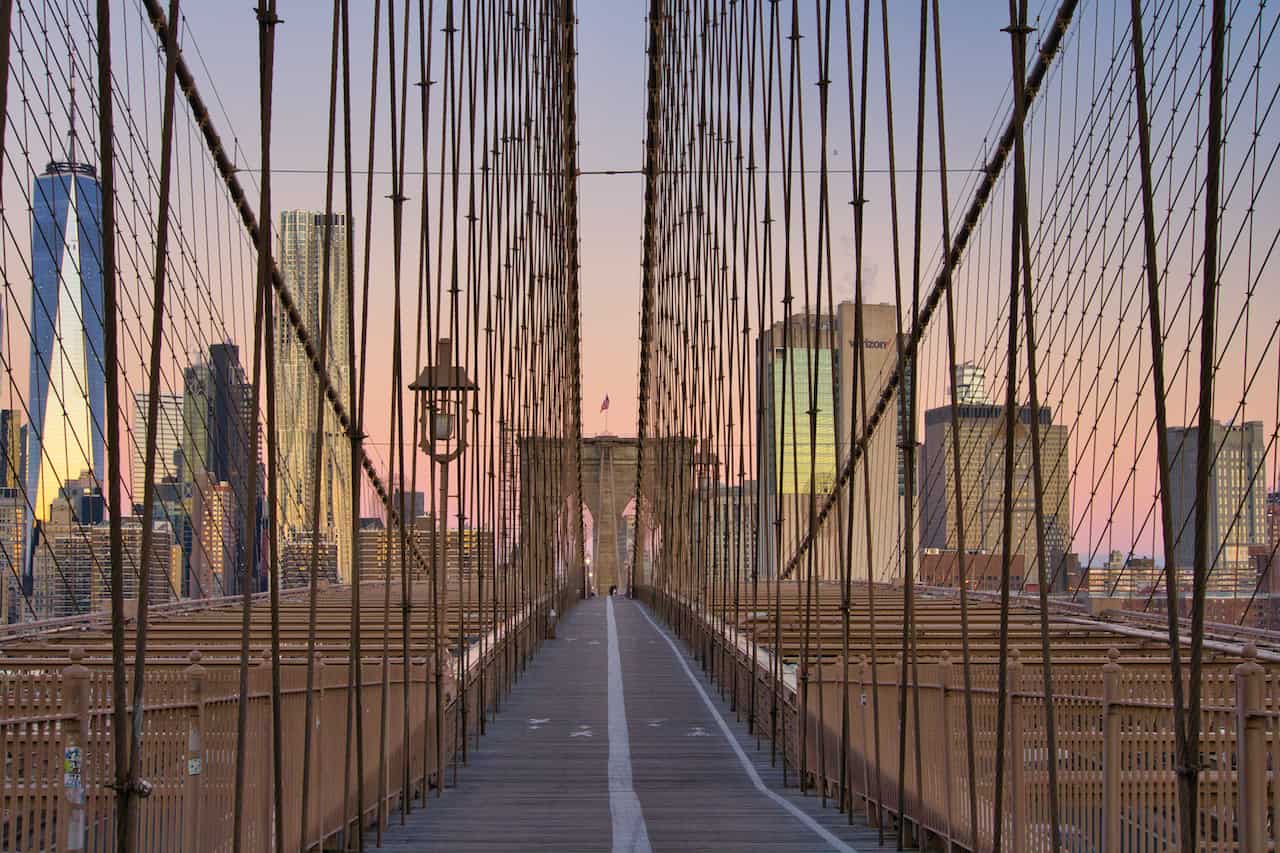 That about does it for a guide to the Statue of Liberty view from Battery Park. If you have any additional questions or comments, feel free to write them in below.

Also be sure to check out the other New York itineraries and guides up on the site. Have fun out there and safe travels! 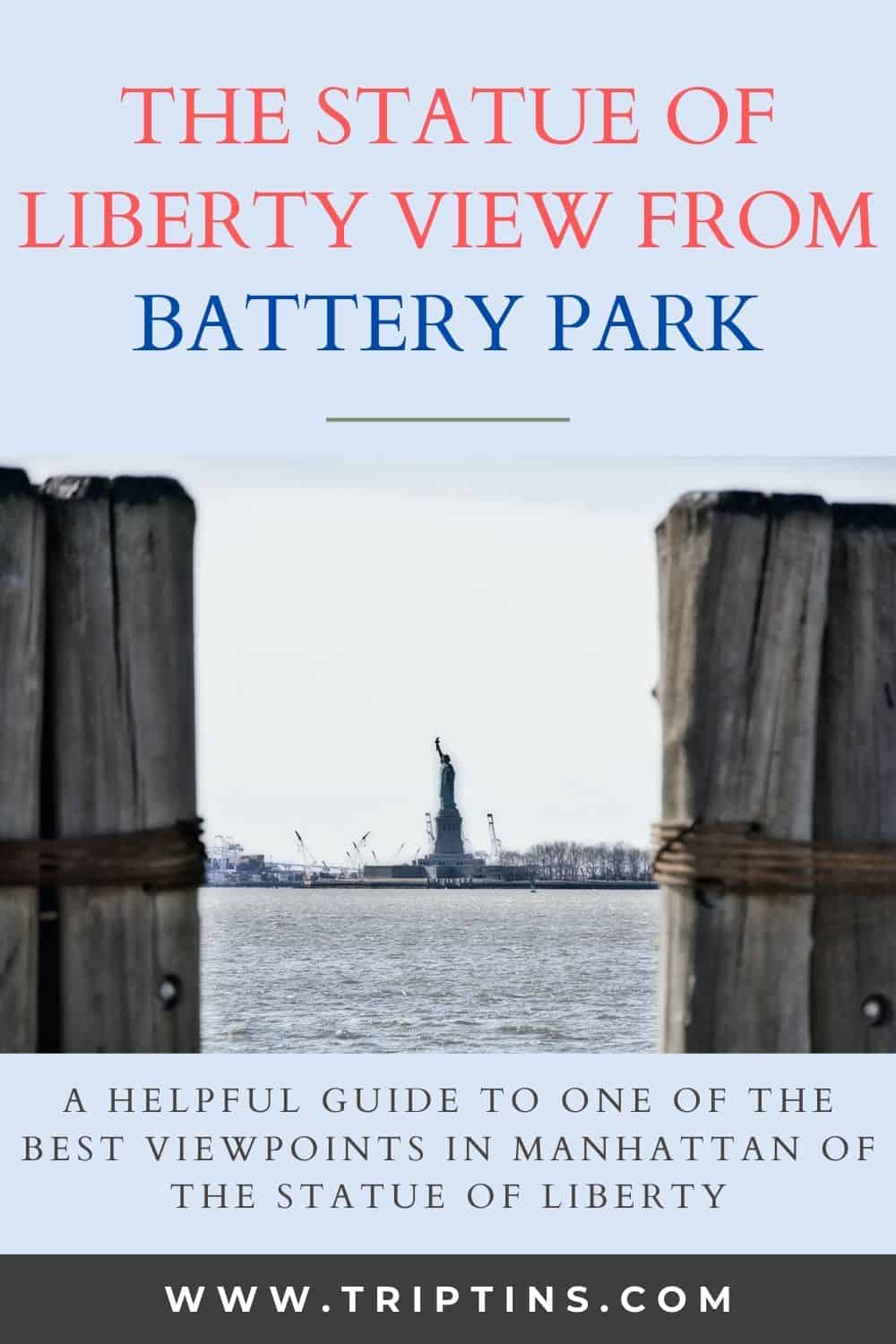 The SCENIC Breakneck Ridge Hike of the Hudson Valley

A Complete Guide to Running in Central Park

A Complete Guide to Little Island at Pier 55 Manhattan

Thank you for the information. I love NYC, my daughter teaches in the Bronx so I visit often. I haven't since before the pandemic but will be going back when it's safe. I currently live in NJ so it's a quick train ride away. I will definitely check out some of the places you mentioned.